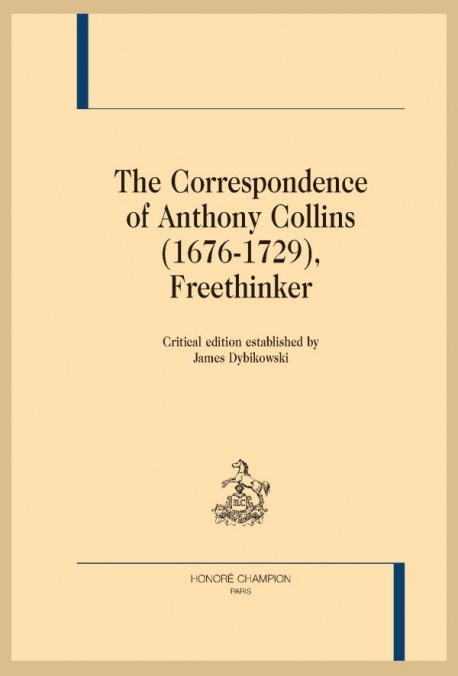 THE CORRESPONDENCE OF ANTHONY COLLINS (1676-1729) FREETHINKER

Critical edition established by James Dybikowski
Anthony Collins was cast in an unflattering light and dismissed out-of-hand by early critics who included the classical scholar Richard Bentley, the philosopher Bishop Berkeley and the satirist Jonathan Swift. His correspondence, particularly with John Locke - the most intense and seminal of his friendships - and Pierre Des Maizeaux - among the most protracted and certainly best documented, shows him very differently and sets the stage for a proper appreciation of the most penetrating and philosophically acute of the early 18th century English free-thinkers. Jim Dybikowski is Professor Emeritus of Philosophy at the University of British Columbia. Starting as a specialist in Greek Philosophy, he has more recently focused on 18th century intellectual mavericks such as the free thinker Anthony Collins and the priest of nature David Williams.