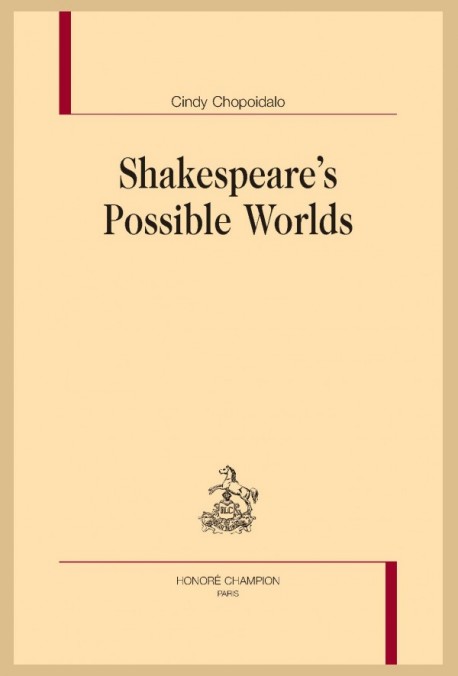 As Shakespeare’s best-known and most written-about text, indeed one of the world’s most studied texts, Hamlet has inspired countless interpretations and adaptations by artists and writers the world over. At the same time, Hamlet is itself an adaptation of Danish folklore retold through Latin, French, and English translations. Using the possible/fictional-world theories of Saul Kripke, David Lewis, Lubomír Doležel, Douglas Lanier, and others, this work examines Shakespeare’s Hamlet as an adaptation of its historical and literary sources, alongside a representative sample of texts in English, French, and Spanish which use Hamlet as their source.

Cindy Chopoidalo received her PhD from the University of Alberta in 2009, and is currently the assistant editor of the Canadian Review of Comparative Literature. Her first book, Shakespeare’s First Tetralogy, Epic Poetry, and Historiography, was published in 2014, and she also contributed to The Definitive Shakespeare Companion, published in 2017.