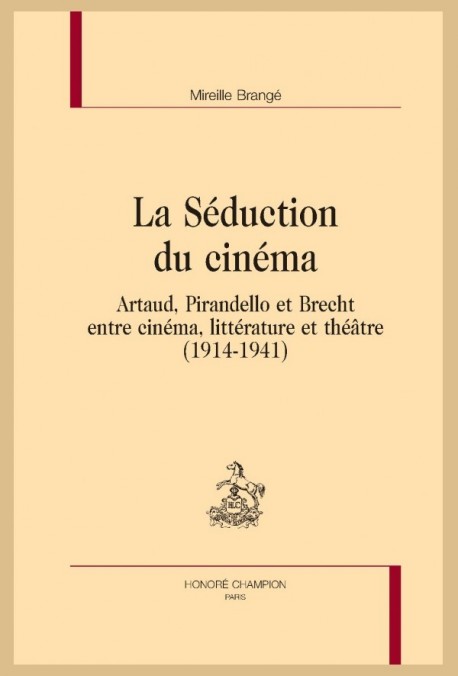 Pirandello, Artaud and Brecht were seduced by cinema, which they practiced it as scriptwriters and reviewers. Even when, starting in the 30s, they pretended to ignore film, it influenced their approaches to theatre – through their directorial style and their common ambition to revolutionize traditional drama.